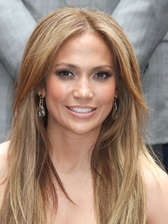 Jennifer Lopez is an American actress, singer, dancer, television personality, fashion designer. Lopez began her career as a dancer on the television comedy program In Living Color. Subsequently venturing into acting, she gained recognition in the 1995 action-thriller Money Train. Her first leading role was in the biographical film Selena (1997), followed by Out of Sight (1998), The Wedding Planner (2001), Maid in Manhattan (2002), Shall We Dance? (2004), Monster-in-Law (2005), and The Back-up Plan (2010). Media attention has focused on her personal life. She has had high-profile relationships with Ojani Noa, Sean Combs, Cris Judd, Ben Affleck, and Marc Anthony.