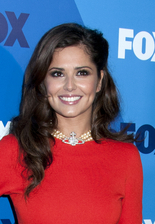 Cheryl Ann Cole is an English pop and R&B recording artist, songwriter, dancer, actress and model. She rose to fame in late 2002 when she auditioned for the reality television show Popstars: The Rivals on ITV. The programme announced that Cole had won a place as one-fifth of the girl group, Girls Aloud. In 2009, Girls Aloud announced their musical hiatus and Cole went on to release two solo albums, which both went to number one in the UK: 3 Words (2009) and Messy Little Raindrops (2010). She achieved a number of hits, including two number one singles: "Fight for This Love" and "Promise This".