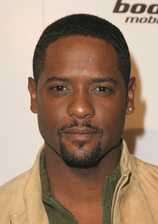 Blair Underwood is an American television and film actor. He is perhaps best known as headstrong attorney Jonathan Rollins from the NBC legal drama L.A. Law, a role he portrayed for seven years. In recent years, he has appeared on The New Adventures of Old Christine, Dirty Sexy Money and In Treatment and was in NBC's The Event.