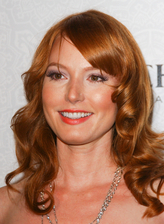 I'm Special Because:
I've made the ginger thing work.